Throughout 2021, unions have flexed their muscle. From strikes to organizing drives at some of the largest companies in the world, organized labor has been making headlines left and right. Yet as people’s perception of unions continues to get better and more young people get involved in their unions, some of it's leadership has failed to adjust with the times.

As Baby Boomers begin to transition out of the workforce, organized labor has been forced to replenish their leadership ranks with younger leaders. One local union that has met this challenge head-on is UWUA Local 1-2 in New York City. This union, whose biggest employer is gas, power, and electric utility giant Con-Edison, has made a careful concerted effort over the last few years to train and recruit young members to take on leadership roles within the local union.

One of these younger leaders is Frank Dominguez, a Business Agent with Local 1-2. He is 36 now but started working at Con-Ed in Revenue Protection when he was just 19. By 20, he had become a union steward, putting him on the fast track towards moving up within the union ranks. 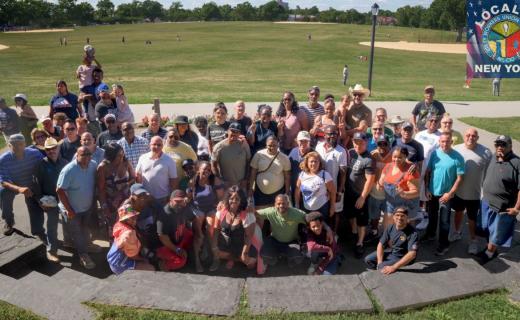